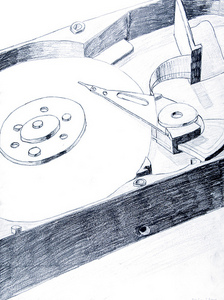 There's been a lot of talk about net neutrality since Google and Verizon produced a joint proposal on the subject that basically would allow wireless carriers a big old backdoor out of net neutrality.

"So what is net neutrality?" you ask.

In basic terms, net neutrality is the idea that the companies that run the Internet, the big backbone data pipes that get websites and other content from East Wherever to your desktop, laptop, or mobile phone have to treat all data the same. That means that Google shouldn't be able to pay Sprint extra to move their data to you faster than Bing or Yahoo.

"What's the problem with that? If Google wants to pay extra for premium service, that's the free market, right?"

That's exactly the point of debate right now...sort of. The people who are against net neutrality regulations are basically saying that a. it's not a problem b. because it hasn't happened yet. So the questions are a. why would it be a problem? and b. should we stop it before it happens?

To simplify the problem, lets look at a more real-world analogy. Lexus makes moderately expensive cars. People buy a Lexus for a lot of reasons, just like people use Google or Bing for a lot of reasons. What if Lexus paid a company that makes stoplights to build in mechanism that would make their lights turn green faster if there was a Lexus waiting in line? Would that be a problem? What if they also added a feature that would make the light turn slower if there was a Honda waiting in line? This is achievable with current technology. It hasn't happened yet, and it probably won't, but it's not outside the realm of possibility.

As far as stopping it before it happens, in 2007, it was discovered that Comcast was intentionally throttling BitTorrent traffic (peer to peer file sharing) in order to cut down on the need for more bandwidth to their main data centers. Now, this is an interesting case because it only really affected Comcast's direct customers, but it's one of the big ones out there right now. So how has this "not happened yet?"

My fear is that if Comcast can get away with this, we'll see Google and Yahoo and Bing in bidding wars with Comcast and NetZero and other Internet service providers to make their service seem like a better service because it's "just faster." From there, it's not much of a stretch for Bimbo Bakeries to pay GE to build toasters that make a perfect Thomas' English muffin every time, and always burn Bays.