My day job has some interesting ideas about saving money. This year, we're getting to take three unpaid days off in the form of a furlough, even though many economists believe that furloughs don't save money. 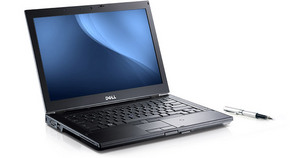 This year was the fourth year I had my MacBook Pro and I've known I was going to have to give it up for a cost-saving Dell with Windows 7 installed at some point. That point was last week.

I told myself and others "I'll give Windows a chance. I'll give it a week and see if I can get my job done using it." As it turned out, I gave it about 2 hours and installed Fedora 14. I considered making it into a Hackintosh, but I decided that wireless networking was more of a necessity than having a good OS.

I've heard a lot of people complaining about Apple computers and other hardware being more expensive than equivalent hardware from other vendors over the years. The real problem with these anti-Apple arguments is that you can't determine equivalence based on hardware specifications alone. My MacBook Pro cost about $2200 had a Core2Duo processor at 2.33GHz, 200GB HDD, 3GB or RAM, 256MB ATI video and was made in 2006. This laptop cost about $600 has a COREi5 CPU at 2.66GHz, 160GB HDD, 4GB RAM, 512MB Nvidia video and was built in 2010. Here are my first impressions of the device.

Graphics: The screen is washed out, even in comparison to a Dell monitor sitting next to it and powered by it. And by "washed out" I mean the contrast is terrible and the colors are as saturated as downtown Minneapolis looks today. I'm happy to report that Fedora supports color calibration hardware out-of-the-box but I haven't tried that out yet.

Human/Computer Interface: The track-pad is slightly textured in such a way that I'd get a callus on my finger if I had to use it all the time. The scroll areas on the right and bottom of the track-pad are not aligned with the printing on the surface that indicates the locations of the scroll areas. The track-pad is not multi-touch and therefore requires these scroll areas to accomplish one of the most basic functions of computing. It also necessitates additional buttons for right-click and middle-clicks. Despite requiring extra area for scrolling, the track-pad is minuscule in comparison to my MBP.

Connectors and Ports: The power connector is in the back, which hasn't been convenient since the early 90s. Neither Windows nor Xorg under Linux are able to dynamically recognize and add or remove external monitors or projectors when they plugged in (admittedly a problem with the OS, not the hardware (Mac OS has always handled external monitors very gracefully on the fly)). This is ridiculously frustrating for the road warrior in me, since I have to log out of my machine every time I change my monitor configuration. I'll give Dell (and most PC laptop manufacturers) points in this area for supporting two external monitors, but I was quite disappointed to discover that the internal monitor is non-functional when I use both monitor ports. EIDE is great, I support that move, not that I'm going to ever use it. The firewire port seems to be an after thought, which is just as well since it's the un-powered mini-port and the original firewire rather than FW800.

Build Quality and Industrial Design: The plastic body feels cheap and fragile. The ridiculous amount of empty space around the screen means the laptop is very large for it's screen size. My Mac is about the same dimensions and has a 15" screen where this one has a 14" screen. The extended battery is huge, sticks out the back, and only gives it slightly longer run time. There's a physical switch on the side of the machine to turn the wireless card on and off. Is software not good enough for this? The CD drive has a tray, which takes up unnecessary space compared to a slot loader.

Performance: The modern, 4-core CPU does not seem to perform as well as the 4-year-old, 2-core CPU in my old Mac. This could be due to using BIOS (1970s technology) in favor of EFI, or it could be that the operating systems I've used on it are less efficient than Mac OS, or it could be that Mac OS is tuned toward the appearance of speed rather than actual speed. I know that part of it is that Linux has poor support for Nvidia...or does Nvidia have poor support for Linux?